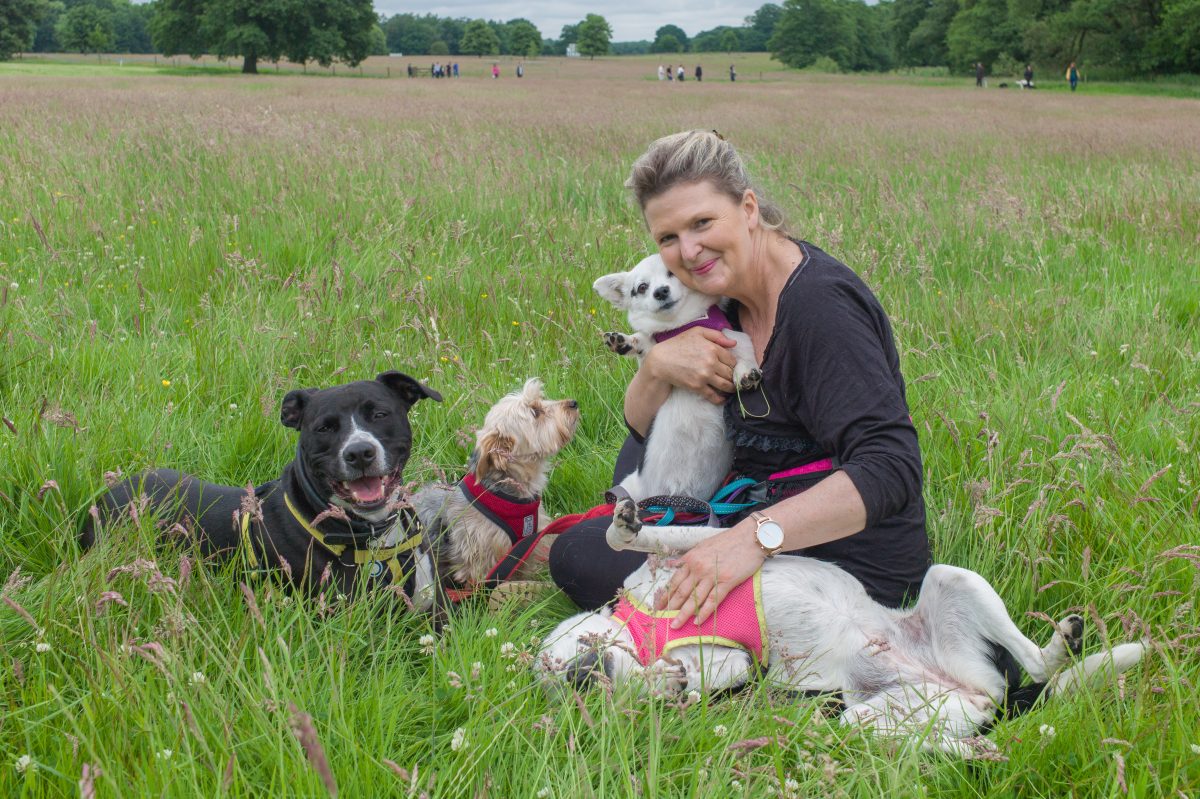 I love Dogs, but I actually grew up with cats and I put off getting a dog because I was worried that they wouldn’t get on.
The saying is to fight like cats and dogs !! its always assumed that cats and dogs won’t get along, So to my surprise when I bumped into a good family friend Jackie Prescott who loves dogs probably as much or more than me, actually she loves bunnies too.

Jackie was at Dog Fest she was there as one of the participating acts. Jackie appeared on Britain’s Got Talent with Tippy Toes, my first dog Ginny Sally’s best friend. Jackie has a real talent for teaching her dogs to dance and wowed Simon Cowel and his panel of judges when she appeared on the show and made it as a semi-finalist. She now spends a lot of her time appearing at shows and functions with her dancing dogs.

I’ve diverted here a little but I was really pleased to meet Jackie, as I hadn’t seen her for a very long time. When she said I have something to show you,  the first thing I thought was has Jackie rescued another dog ? Jackie has a big pack of dogs.
I went back with her to the car and to my surprise, Jackie has adopted a cat and I just couldn’t believe that her dogs were so cool with the cat, they even shared a crate. So here is the picture and living proof that cats and dogs can get on. Jackie is such an amazing person she is gentle, caring and only sees the good in everything and her animal family reflect her gentle loving soul.