Head for the heights 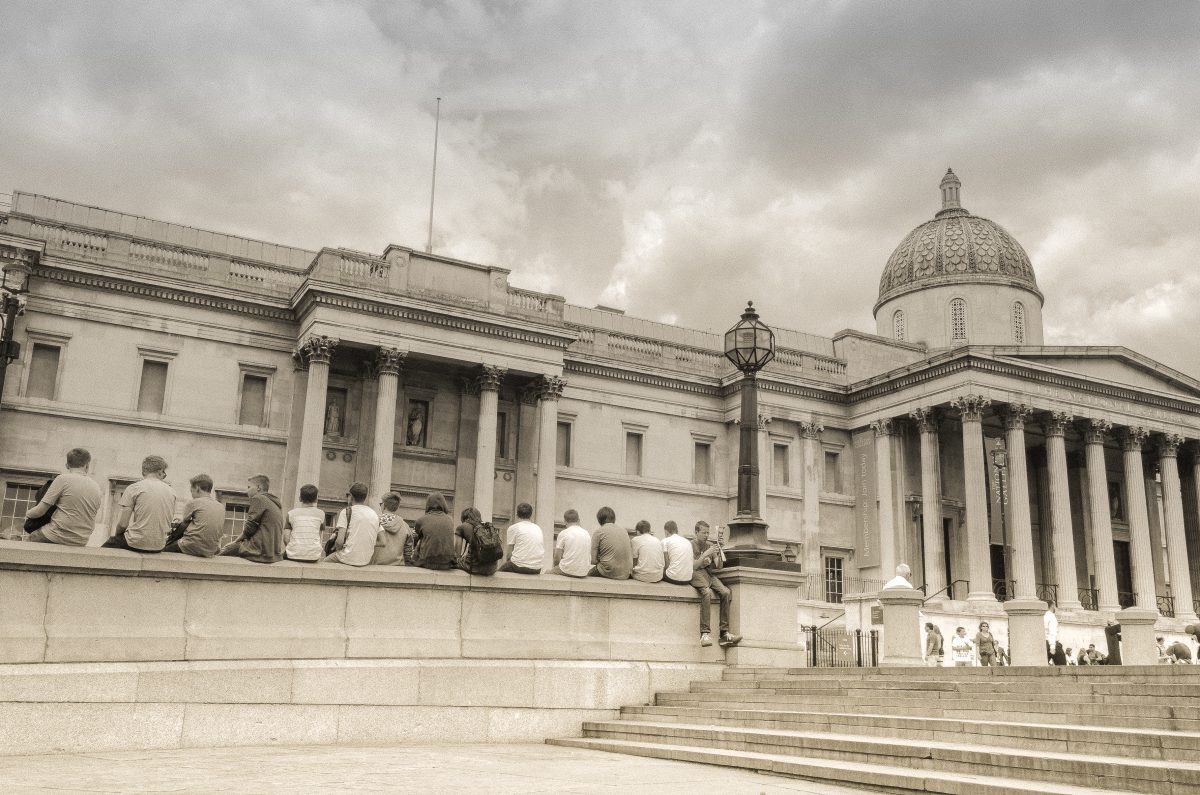 I was on my way to an appointment in town and took a kind of short cut through Trafalgar Square (if a square can be a short cut). I spotted a group of young boys sitting on the wall in front of the National Gallery (the main reason for taking the picture was because one of the boys was sitting in the opposite direction to the others). He made the whole image stand out – at the time I just lifted my camera up and took the shot.

It wasn’t until I download the image that the first thing that came to mind was the black and white  photograph of a group of 11 men having their picture taking while having their lunch on top of a girder, surely one of the most iconic images of the 20th century).  Men at Work

Recently I was watching a documentary and discovered that the picture was actually staged, It was taken from the 69th floor of the RCA building in New York to promote the new skyscraper. These images have an influence on my photography – their timeless, inspiring quality have stood the test of time. Images like these lead me in the exploration and discovery of the pioneers of photography such as Henri Cartier-Bresson one of the founders of Magnum and the humanist photo-journalist movement Robert Doisneau ,  Robert Capa, Dorothea Lange, to mention a few of the greats. These pioneers of photo journalism inspire me to strive for greater images.

Unfortunately my picture has 15 boys sitting on the wall; it could have been amazing had there been only 11. Recently I found my 11 and it’s titled Old Men at Work (the dog does not count).