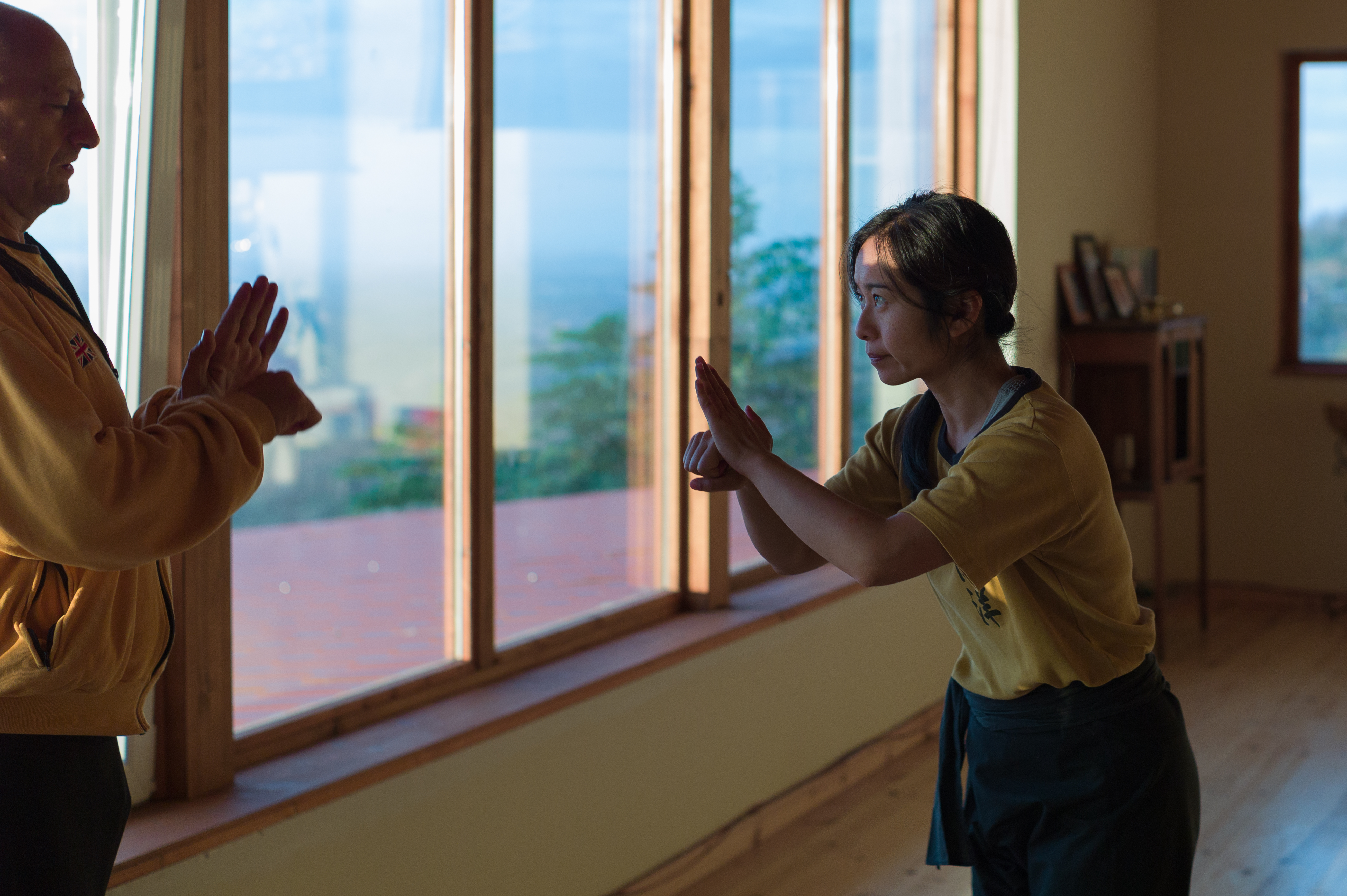 A Walk on the Clouds

I have just spent a week in Portugal on a martial Arts Retreat Run by Master Iain of the Nam Yang Kung Fu Style.

I’m also currently trying to develop and realise my Photographic project, documenting Martial Artists so the night before leaving I packed a bag with an SLR and 20 Rolls of Film and by the morning of travel I ditched the bag and decided to just take my Range Finder with a 50mm, I was there to train not to take pictures. But as always I try to take a camera with me where ever I go and there was a slight regret for what I did not have and then a realisation of I had all I needed with me for what I wanted to do.

Faced with a week of 6am training starts and  vegetarian meals, the prospect of a humble monastic week clouded my head and that coupled with a film crew on site mirroring a similar project to mine set me into deep awareness that I had not re-invented the wheel. I had lost my want to photograph. So apart from a few snaps here and there, I did not feel any reason to take a photograph. I had lost my raison D’etre.

Training started on Sunday and Thursday morning I went up to the training hall and I started doing my forms, concentrating on my conditions, then around 7ish the light came up, with the light a mist covered the hills and the distant views.

Master Iain had an air of mysticism and something looked and felt different that day. I too felt different. Class broke for breakfast and I felt the need to take my camera out and take his photograph. As I took his picture I could feel a new energy. I also got my desire to shoot back. I felt open to capturing something, I wasn’t sure what it was but it felt very similar to the feeling I get when I Chi Sau or do Sticking Hands, I wanted to listen, feel and react as things unfolded.

Within my quest to photographing a kung Fu master I’m searching for something other than an image of someone throwing a punch, a kick or flying through the air. I want to try and capture the essence of the person behind the art. In my opinion Martial arts is more than learning to fight, being a Master doesn’t mean being the best fighter in the world in fact it’s far from that. Martial arts is a sense of being? And controlling ones circumstances and a search, a quest which is different for every person and every Master.

Master Iain is a fascinating person, having dedicated himself to his art and with a lifetime of experience he has a powerful presence, has he chosen kung Fu to express himself or has Kung Fu chosen him? He is a deep thinker, he embodies what I feel is the essence of a Master he is thoughtful and deep, he is a philosopher, he has a strong presence and is very emotionally conscious. He loves what he does and has taken on the responsibility of preserving the Legacy and knowledge of the Nam Yang style of Kung Fu.

He is a Master of his own destiny, he has created his own path in life. I came away from a week of Kung Fu training with more than I could imagine. He has inspired me to carry on with my own path and to each day try to be a better person a better Photographer and Martial Artist to each day try to improve and to be more meaningful in everything I do and to listen to everything around me, to develop all my senses.

One of the most striking features of Master Iain are his Eyes, I can see him now as he pauses for a question, closes his eyes, the eyes then open and an intense energy is released and there is the answer.

I want to thank Master Iain for letting me be part of his Portugal Training Camp and sharing his knowledge and inspiring me.

An Afterthought on the Photography and a lesson to me in being more mindful and listening. Reflecting upon my images of Master Iain Armstrong and being honest to myself I missed an opportunity to capture the image that I wanted. A Portrait should speak a thousand words, one should be able to capture the essence of a person and tell a story with just one photograph.

The morning of the mist, I felt something and wanted and tried too hard to capture the mystique that was in the air, I had caught Master Iain looking out at the mist and what I should have asked Master Iain was to look at me. I had the opportunity to capture him in that moment of openness and look me straight in the lens but I didn’t take that shot. It would have been in that moment that I could have caught the essence of this Master of Kung Fu.

Reminds me of a Bruce Lee quote from Enter The Dragon : “It is like a finger pointing away to the moon. Do not concentrate on the finger or you will miss all the heavenly glory”

I concentrated on one thing and missed all the Heavenly glory.