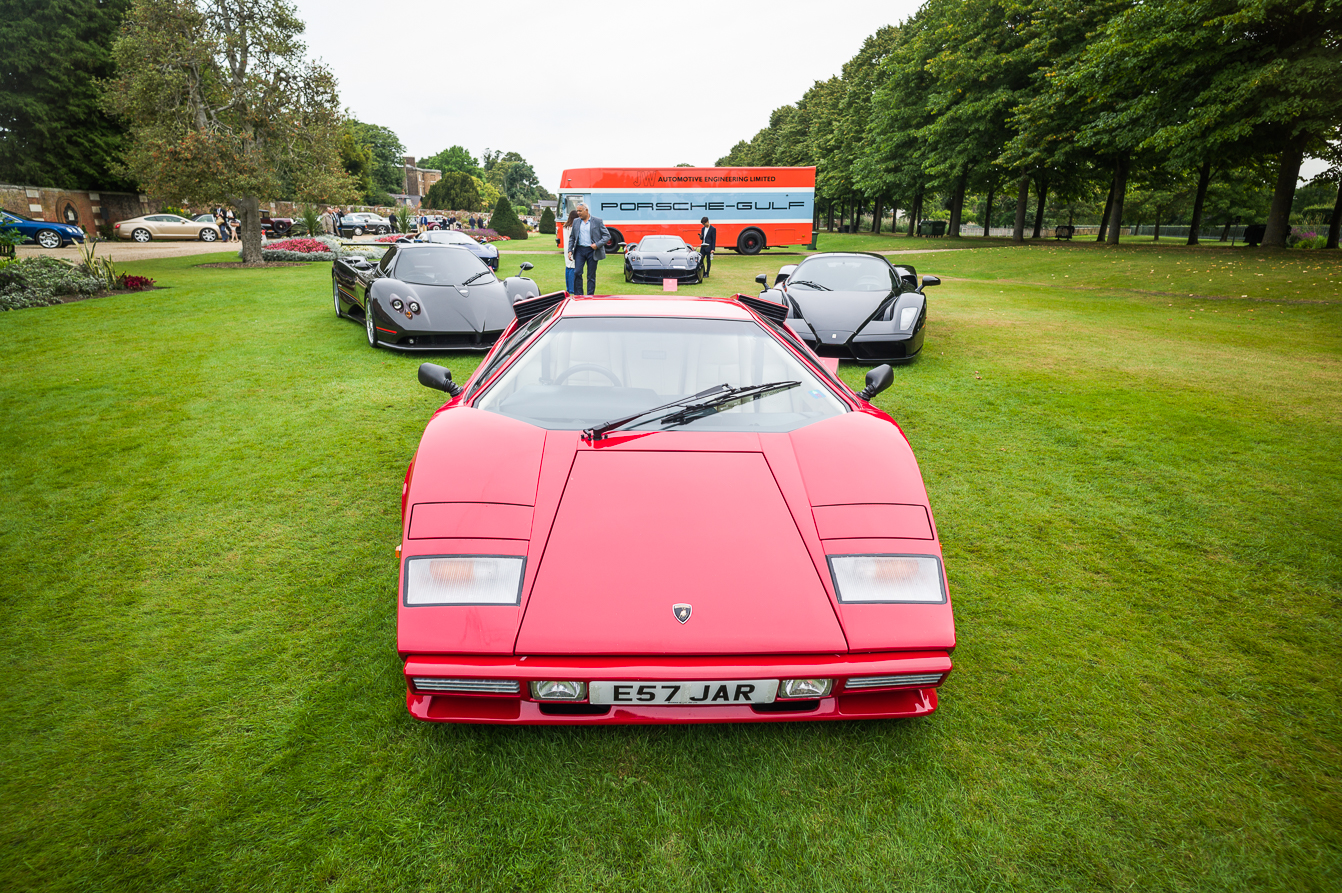 Concours of Elegance at the Royal Palace Hampton Court 2017 This is one of the finest classic car events of the year and unfortunately I went on the last day and wished I had gone on all three days of the Event.

The setting is incredible, within the grounds of Hampton Court Gardens, you have the opportunity to see the finest collection of classic and modern cars with some extremely rare examples. I have been telling myself I am not a Petrol had but have finally given in. The first part of knowing you have a problem is admitting it to yourself and I stand up and declare I am a petrol Head I love old cars. This year I have found myself looking at cars obsessively, If I was a millionaire I would be broke in no time at all.

The reason I love classic cars is because they are just beautiful to look at, the design element that went into car manufacture was incredible, they are pieces of art and they come alive when the engines are turned on and new cars just don’t do it for me.

I left the house on Sunday morning at 8.15 and arrived at 9am before the crowds and had the opportunity to take a nice walk around Hampton court before the crowds arrived. I managed to take an un obstructed view of the entrance of Hampton Court which was real thrill and it was this picture that set the lens choice of the day.

I use these events almost as a way of practicing taking pictures and I have a rule of trying to take two cameras a film usually with a 50mm lens and my digital always experimenting with a prime focal length for the day. When I go to these events there will probably be over 50 pro photographers taking images and when I review car images most will have a very similar feel so the thing I try and do as an excersise is to to try and find an alternative view point on the car.

Film on the M6 will definitely render differently so thats alway in the mix and gives me the opportunity to use the camera. I Shot Jack cafe event with a 50mm which to be honest was a little to close and I was going to put the 35mm on for this event but after shooting the front of the palace I thought l would try shooting everything wide.

I had the 18mm on the M9 and I don’t have a view finder so most of the shots I will take a dummy shot and review the framing on the screen, then go for the shot twerking angles. I wasn’t that pleased with the wide shot but there were a couple I did enjoy, the weird angles and an element of distortion can sometimes look interesting. I was really happy with the shoot I took looking away from the Palace down at a row of E types I think and the trees in the distance, the distortion of the lens and focal point made them almost look like mountain peaks from Guilin National Park, and strangely enough I really want to go there this year if I can fit it in.

On of the shots I liked was the Lamborgini  Contach  which was placed in a v in front of a couple of Paganini’s, I love the way the lens rendered the shot. I took it from above looking down and across and the angle of the front of the Lamborgini, its Italian racing red makes it stand out and then the lens distortion just made it ping out as the leader of the pack, I converted most of the files to black and white but this is one I just had to leave in Colour.

I finally cheated and broke my rule and got out my 35mm lens right at the end of the event when I decided to shoot the trio playing their Jazz classic notes, partly because I had to get so close to take my picture with the 18mm that I was putting the singer off I hadn’t realised but I had walked onto their stage to get the shot.

Great show and I will definitely go again next year if Im in town.