It is not the mountain we conquer, but ourselves.” —Edmund Hillary 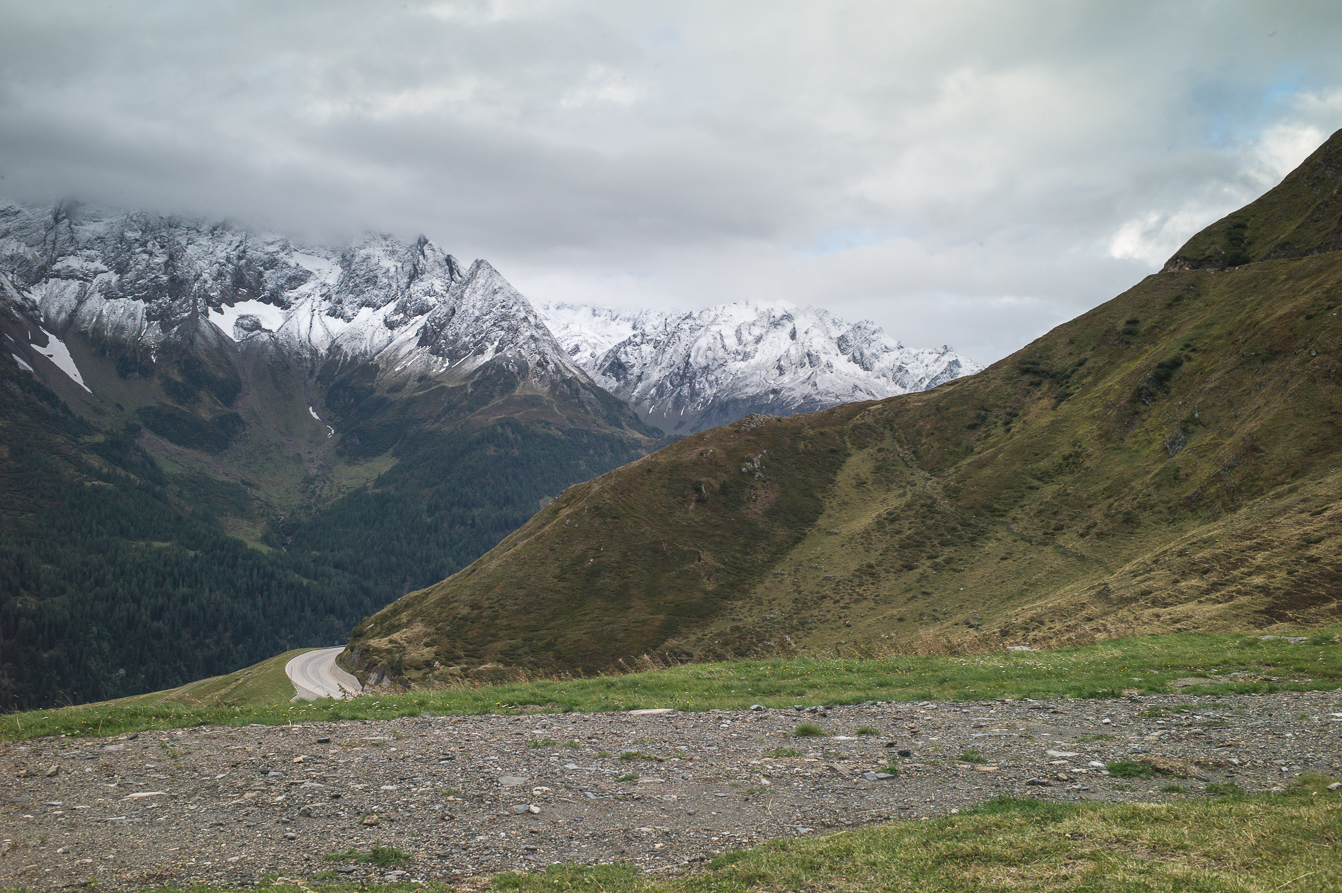 It is not the mountain we conquer, but ourselves.” —Edmund Hillary
Day 1

Recently I have been opening myself up to just acting on feelings and impulse and just seeing where things take me, my imagination has been running a tad wild. I have so many ideas buzzing through my head and it’s hard to keep my thoughts calm.
On Friday morning I decided to drive to Europe so I took my take my dog to the vet to get her wormed for a road trip, you get 120 hours to get her back to uk so it would be just a long weekend. At 2pm I set off to Dover and thought I would head to either Italy or Switzerland. I was on the 5pm ferry and by 6.am I was at the Gottard Pass as the morning light was coming through. I then felt this urge to go to the top, rather than take the quicker route through the tunnel.

Driving to the top not quite dressed for the mountain, I was wearing a pair of deck shoes a t shirt and a pair of jeans and a thin jacket. Lotty my dog got very excited so we had to take a couple of pictures together just to prove we were there. It was breath taking And incredibly peaceful, I had been driving for about 12 hours straight and feeling really tired and just being there felt amazing and reviving.

The problem with driving long distances for me is that I end up reflecting and thinking and this trip ended up being quite reflective, I had many things on my mind that I had ignored and driving just brought them to the fore front, that’s probably why I didn’t feel the need to sleep.

As I got to the top of the mountain I felt a strong sense of calm, it was as if the answers were at the top, as I got there I felt the urge to take a few road side pictures, it was just starting to snow a little and in the space of 10 minutes the mountain disappeared several times, in cloud/mist.

It was a little cold so I didn’t stay up there here too long and I didn’t conquer my thoughts but I did managed to see my mountain top.

I’m now in Switzerland and have been for a short walk with my dog on a disused airstrip, lotty has made some new friends. For most of the afternoon it has been thundering and raining and it has forced me to just relax and do nothing and just concentrate on planning a couple of projects and things I want to do, and at 9.30pm probably the earliest I’ve been to bed for years.