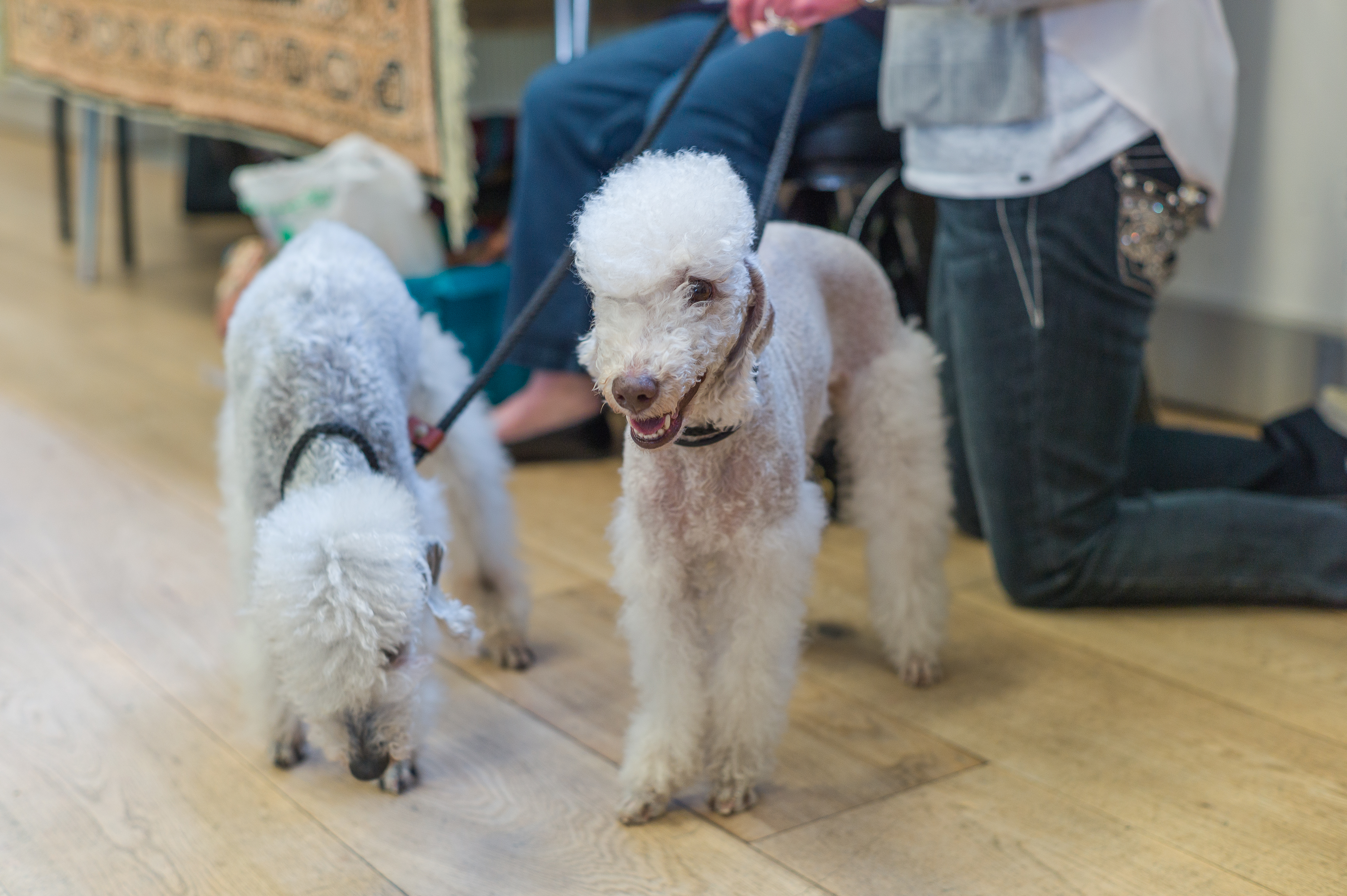 Doggy Stylish
Doggy Style and Enough of the fluff Im sitting in a pub in the compact village of Weedon Bec and I see two posters displaying the words Don’t Get Bannned. (I’m feeling nervous, I’m a lover not a fighter).
On the subject of love, I helped my sister drive up to the Bedlington Terrier Association AGM. I wasn’t quite sure what was going on – as we arrived my sister told me not to touch the dogs’ heads because they had all been fluffed. I got out of the car and she said to a guy who just arrived: I slept with Cillion at the last show to which he replied: I had lotty in the shower at 5am. Then another guy chipped in with: Who’s the father? It’s quite incestuous here, I actually I thought I was on the set of a Carry On film with all these innuendos.

BTA short for the Bedlington Terrier Association, was formed in 1924 and aims to support responsible breeding and welfare of The Bedlington Terrier, whether working or show dogs, as you can see from the photos, there is a strong bond and love between the dog and its owners.  The BTA holds 2 shows a year and this was the open Show in Spring. If you are interested in find out more about the breed there is a link to the Website : http://bedlingtonterrierassociation.co.uk/

Anyway I’m now sitting in the pub that proclaims Don’t get banned, waiting for someone to say: You’re sitting in my seat, while my sister is at the AGM, about to announce her resignation as secretary.