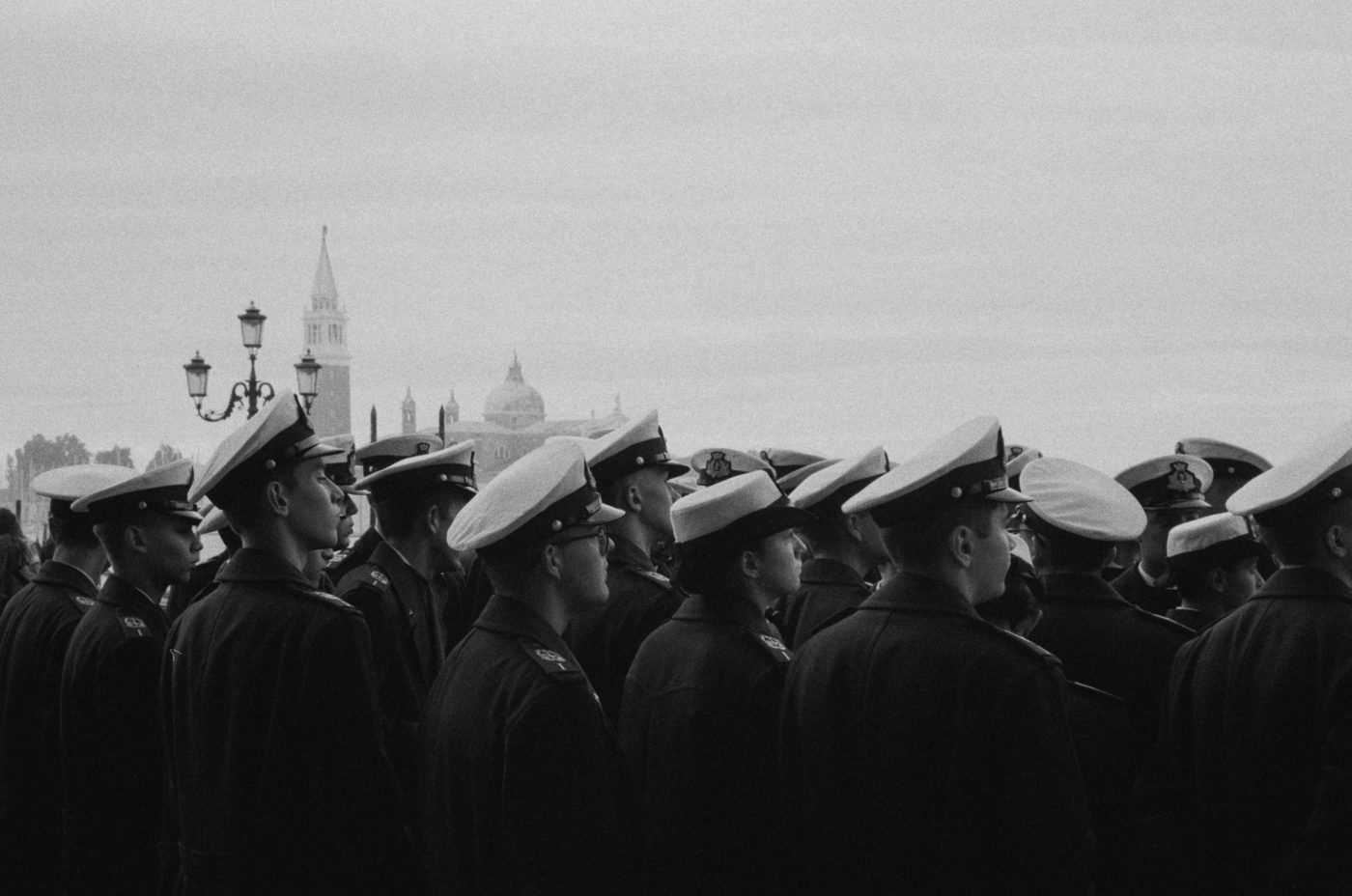 10ish am Tuesday the 12th February, I’m at Wandsworth Station, waiting for a train, I look down the tracks and then at the platform. A man is sitting on his own, he’s suited and on the phone, the first thing that comes to my mind is he can’t be a Banker, they are up early, is he a spy ? an agent? who is he texting? then the train pulls in and he starts walking to the end of the train. Why is he going to the back end of the train ? very odd !

Yesterday I received some files from Bayeux, I had discover in my drawer some film which I had not got round to developing and couldn’t quite remember what was on there. Its a strange feeling whenever I get files back, Im always slightly disappointed, I see everything in a very critical light, but then when I start going through them again, I discover a couple of shots I like. There were three on one role that I couldn’t remember having taken, but I did remember the heap of white caps on the heads of a group of Naval Students, I had Black and White Film and was thinking contrast. I am relatively happy with how the came out.