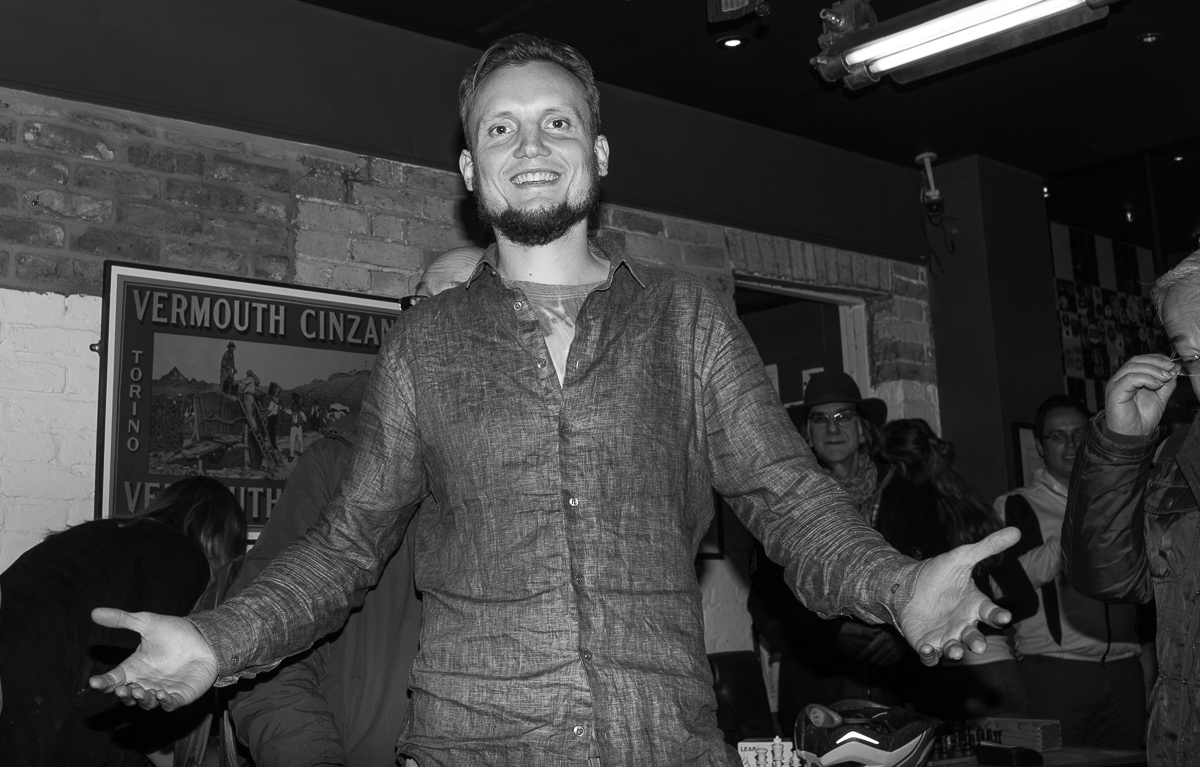 Last week I had a great night with good folk of Hackney Chess Club. They were hosting a Grandmaster Timur Gareyev who aside from being around the top 100 players in the world, also holds the record for the most consecutive blindfold games (48, played in December 2016). Yes, that’s right, Timur played 48 people without looking at the boards! Last week Timur took on 17 players from Hackney and other clubs in London at the Prince pub in N16. Playing sighted this time, he won 16 and drew one game (against the captain of Hackney’s first team, Bob Eames).

There is something really creative in capturing a chess player deep in thought. It’s the equivalent of getting the right shot of a footballer as he swivels to score a great goal….only with chess, you have to try to get inside the mind of the player.