In Search of Selfie days 4/5 Shanghai 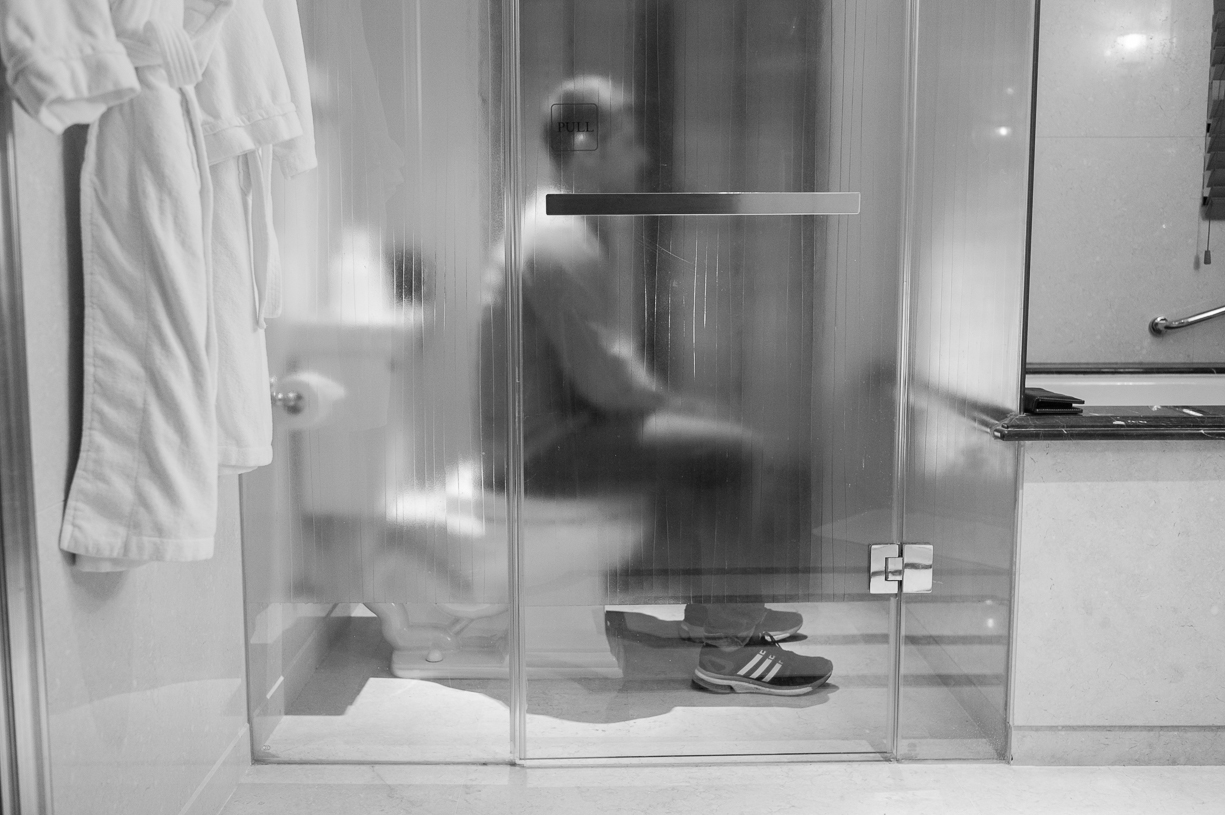 Shanghai and Beijing are sooooo  different. Beijing is Coool China, Shanghai reminds me of Bangkok in a sort of strong way but a lot more modern. Yesterday was travel day – and a bit odd. I left the Beijing International at 10am and my flight was 1.15. In the queue, ready to board and they cancelled the flight. No news, no flight information, really bizarre and after about an hour I  started too get a bit worried. Then a couple of hours later the flight is back and boarding, YES. I boarded the plane and ended up with a B seat slightly disappointed, seat C asked if I could swap seats with his girlfriend, and as I was on my own I said ‘no problem’. I lucked out; his girlfriend was in first class, very cool. It must be love, I don’t know anyone that would do that for me. What a great start. Next to me sat a businessman who has been living in Beijing for 15 years and said Shanghai is nice but Beijing is proper China, I didn’t know what he meant by that, but now I know. Anyway yesterday was a day of reflection, on life, Beijing, myself and my destiny. The previous night, walking home a lady had asked me for some money for food, I declined and had felt very guilty about it, I had spent about £30 pounds on a meal on my own and I’m sure I could have spared even £10 pounds. My wallet was tucked away and I just walked on. This had plagued me and made me feel very guilty. I arrived at the Yangtze Hotel (well done Trailfinders). I  decided to go for a walk with my camera upon arriving and  round the corner is Walking Street, basically a long road full of shops that lead down to the Bund. I wanted to take some pictures and within about 5 minutes this young girl approached me and started following me, she was about 24 and started asking my age, and amazed at how young I apparently looked, I was actually her mother’s age, and this should have started ringing alarm bells. I told her  I was in Shanghai to take pictures and she decided to keep following for about an hour, asking if we could eat together and I told her that I just wanted to take pictures. After about an hour and her life story I started to feel a bit sorry for her and thought well, I  have to eat, she’s obviously hungry and I agreed, we ended up in this really naff barbecue restaurant and in the first few minutes she was downing red wine like water. Aalarm bells rang as her face reddened and she then wanted to order a bottle of red wine. OMG I could not believe this was happening. I was feeling sorry for this young girl because I hadn’t help the old lady the night before, but I could feel a scam coming on. The night ended very quickly and told her I needed to get back to the hotel to meet someone. Shanghai Is no Beijing. You really have to have your wits about you, great lesson for day/night one. And completely unexpected – I think there is a moral somewhere and I will work it out later. Today has been a strange day, just rain and I don’t like to get my camera wet so I suppose slightly unproductive. I paid about 50RBN for big bus tour bus and sat taking a tour for most of the day.

I went into the Fremont Peace Hotel and booked a table in the Chinese restaurant for 8pm and treated my self to hot and sour soup followed by sweet and sour pork and rice, very nice and a cool art deco interior. I then went to the old time jazz bar and had four Negronis while taking lots of pic of the band. I was asked to stop taking pics when I took the tripod out. Anyway great end to an evening and heading back to the hotel I mastered the art of saying NO!