In Search of Selfie Beijing Day 3 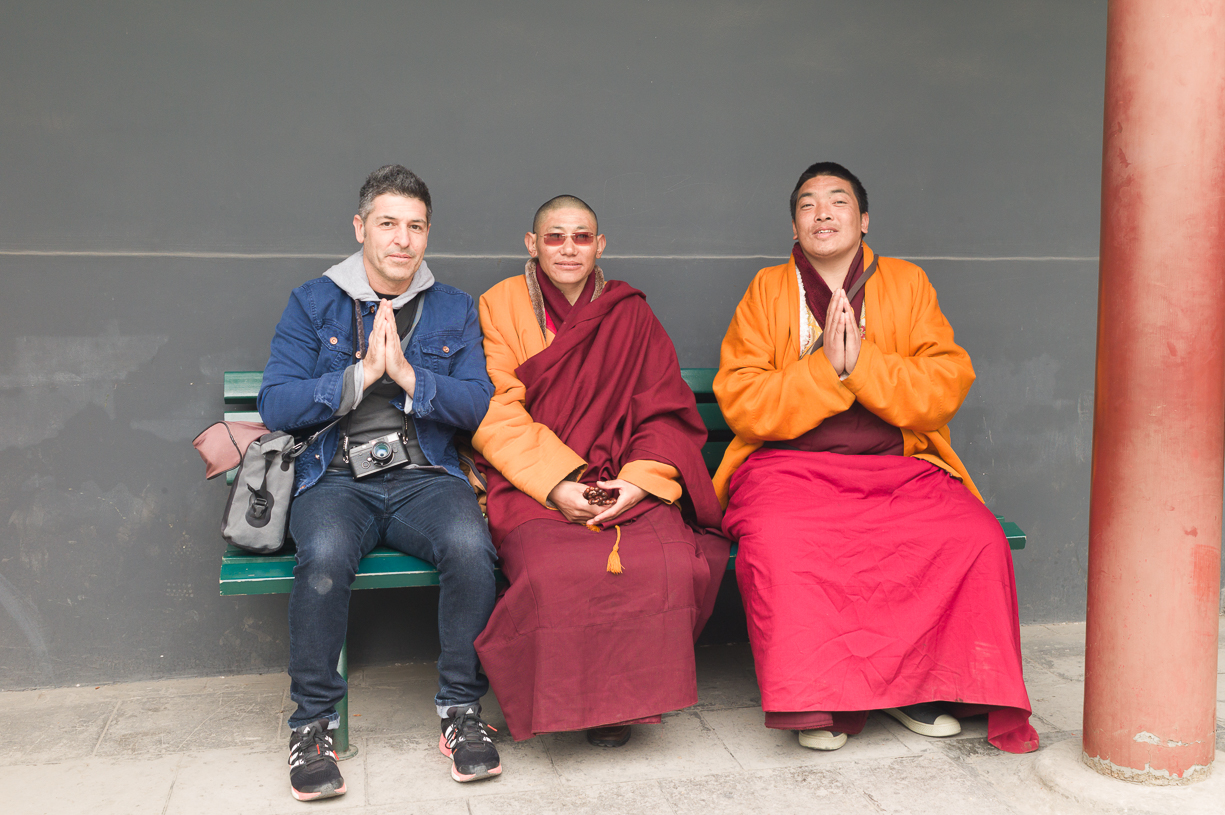 Last day and night in Beijing I started the day at 8am at the Hutongs. I decided to try and see as much as possible and this usually means rush, rush, rush and not too many photographs. The Hutongs were very quiet, it was probably too early in the morning.  I started by changing the film in my camera and realised that I hadn’t loaded the roll of film properly the day before, it hadn’t taken to the spool. What a shame – no film photos of The Great Wall of China. Having decided I wanted to see a Panda, we went down to Beijing Zoo, this was a slightly disappointing as there were only three visible Pandas in the distance but I did manage to take a picture of one. The next destination was Lama Temple, this was incredible there was a real buzz, people from all walks of life sharing their Buddhist beliefs and there were also some monks. Here is where I started to find a bit of a photo rhythm and took quite a few pictures. I then headed back to the hotel,  I had forgotten my spare battery, so I took the opportunity to try an 18mm lens and try and take some pictures of the station. Unfortunately as soon as I walked out of the hotel the skies opened so I went to Starbucks to wait it out and check my emails. The internet here has been really bad and I can’t seem to get very much done. Upon leaving Starbucks I spotted two massive statues. Kung Fu poses outside what looked like a temple, thinking it was a martial arts centre, I went to check it out but discovered it was actually a restaurant. The manager kindly let me look around and take some pictures so I booked a table for 9.30pm I then headed to take pictures at the station and again managed to find some great opportunities for reflections from the rain. Later I headed back to the restaurant and it was a slight disappointment, visually it’s quite impressive, and what I ate was good but it was very quiet. But the place is really cool and the staff are really nice. I was actually given a recommendation of a Peking duck restaurant called Da Dong, very popular with westerners and probably should have given it a try.

Maybe Da Dong is the reason, excuse to come back. I am quite sad to leave Beijing. I think I probably crammed too many things in the short time that I have stayed here, but I wanted to see as much as I could and I have, my photo opportunities have probably slightly suffered as a result I regret not having another day. Beijing is a great city, the people are very friendly and I want to come back.

I was also given a new nickname “Photo Boy” not quite Superman, but I’m happy with that, the Boy bit makes me feel young.